Your partner
in success

DO YOU KNOW WHY CANADA IS THE BEST FUTURE DESTINATION IN THE WORLD?

According to the United Nations and the Economic Information Service, Canada is one of the best countries in the world in terms of quality of life. With a population of more than 36 million, the country stands out for its openness, high standard of living, the vitality of its economy and the beauty of its vast landscapes that stretch from the Pacific Ocean to the Atlantic Ocean, to the Arctic Ocean.
In this United Nations survey, Canada is reaping a lot from its education system, its universal health care system and its public safety system. In fact, Canada's largest cities - Montreal, Toronto, Vancouver, Calgary and Ottawa - are recognized as first-class cities for satisfying working conditions, hygiene, safety, unique cultural diversity and the attractive lifestyle.
Fundamental human rights, socio-economic and cultural wealth, and a superior quality of life have made Canada a great home and destination for the future.
The best way to describe Canada would be to quote Canada's Prime Minister, the Right Honorable Justin Trudeau, who told Canadians and the world:
"Our country is that of those who were the first to populate it and that of those who came after. Our greatest pride is to be able to come here from anywhere in the world and make a living there. It does not matter which country you come from, which religion you practice, or which person you love. You are all welcome to Canada.
You know, when we go out to discover other countries, many of us have on their backpacks a little Canadian flag. But we all already have the maple leaf engraved in our hearts. It's a quiet, quiet sign of pride that comes from being aware of how fortunate we are to be citizens of Canada, the most beautiful country on earth. "

WHO CAN REPRESENT YOU WITH CITIZENSHIP AND IMMIGRATION CANADA? 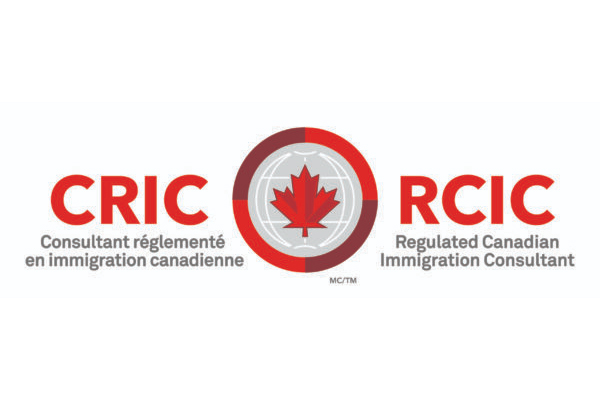 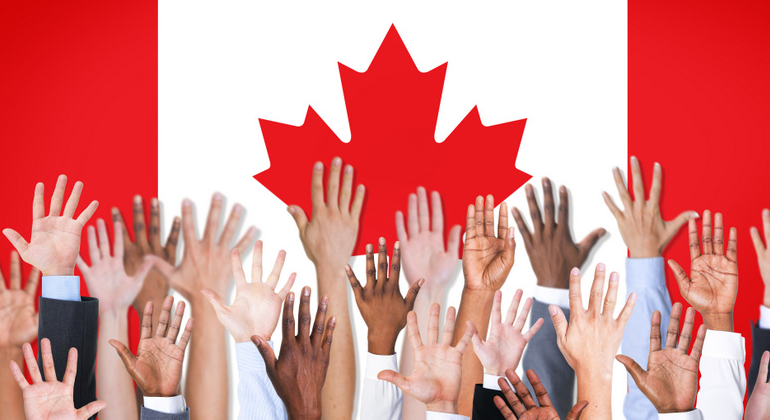 We will be happy to answer all your questions

The provinces of Canada 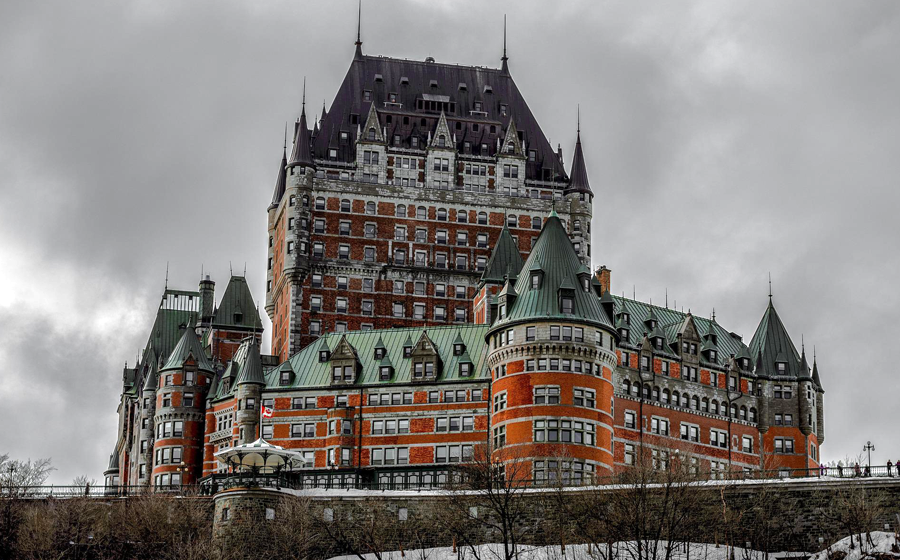 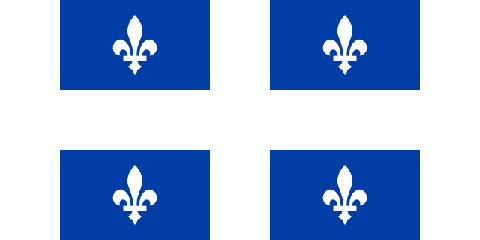 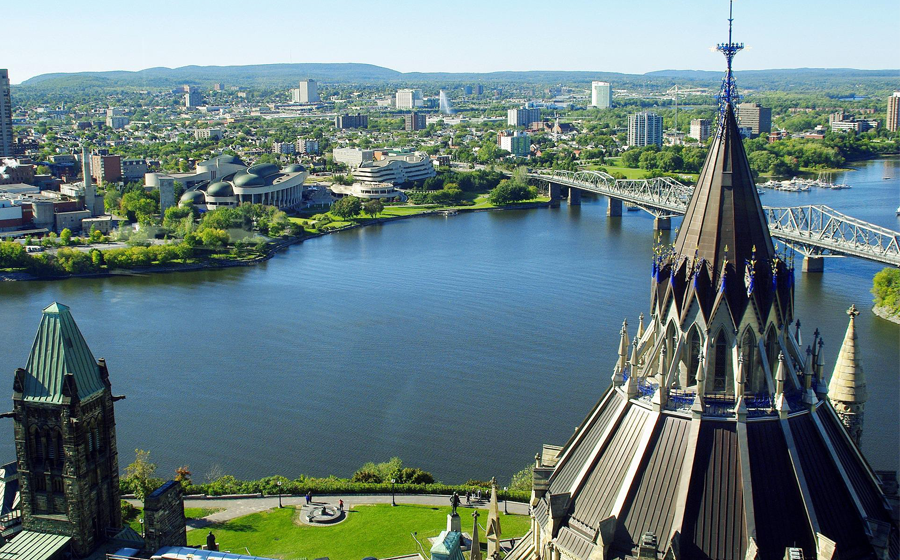 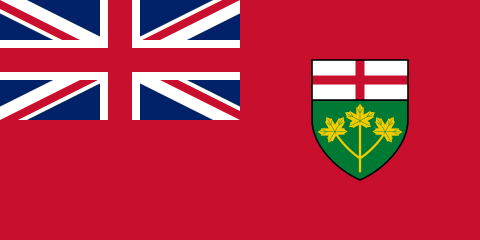 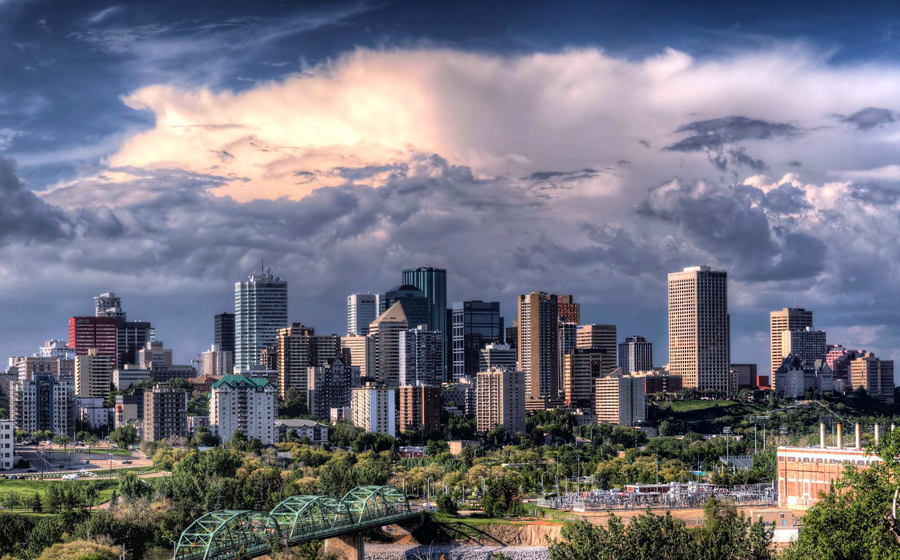 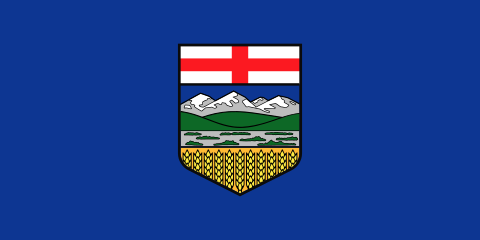 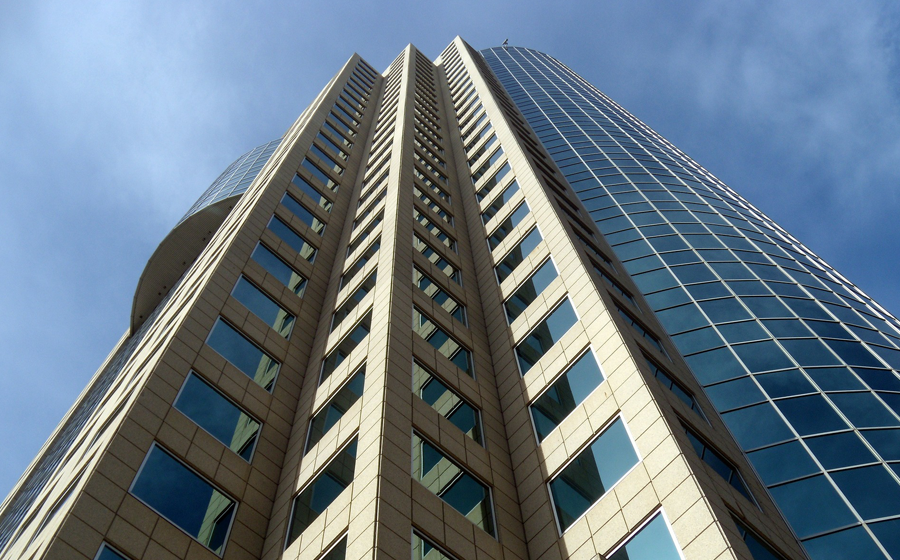 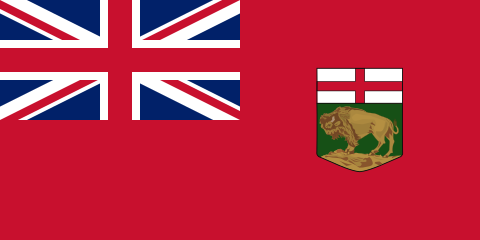 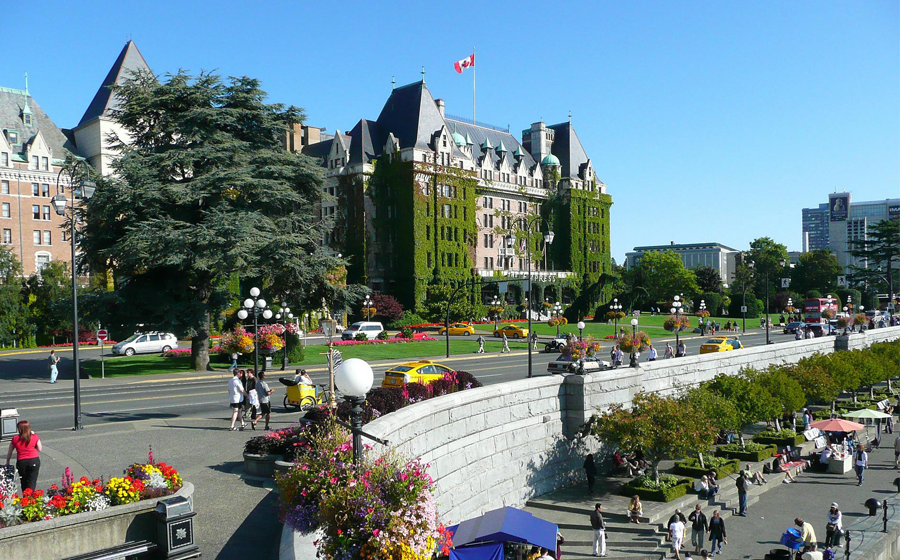 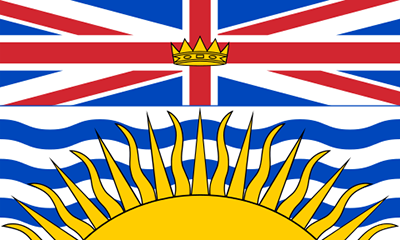 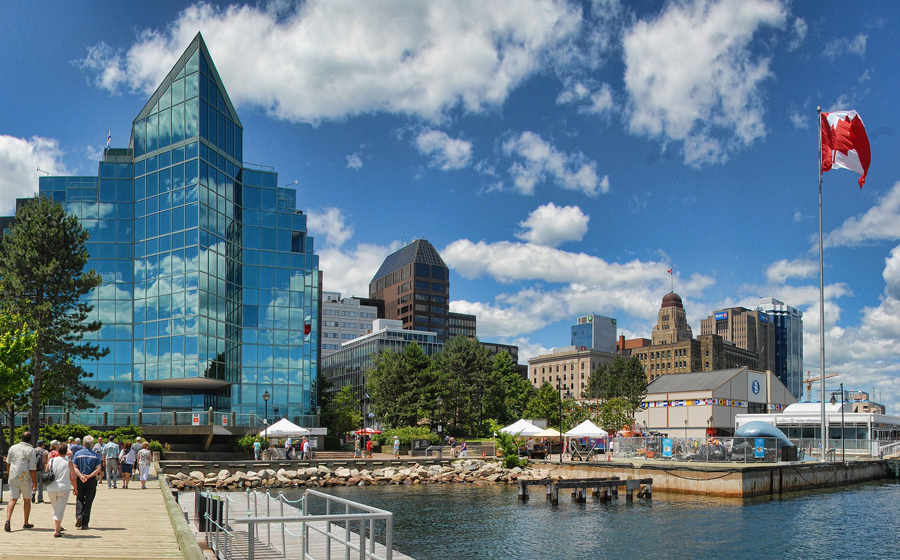 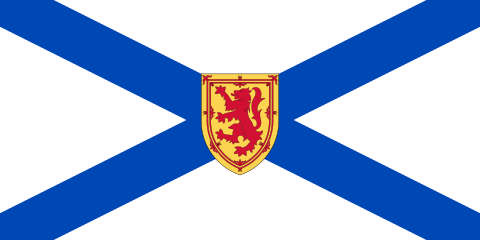 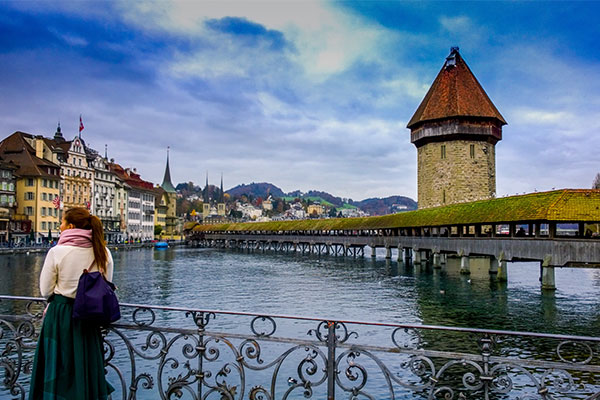 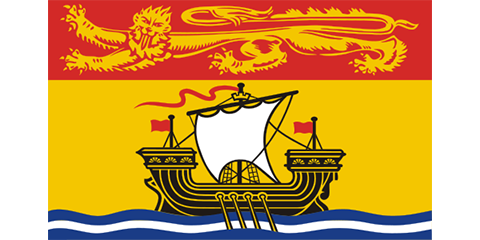 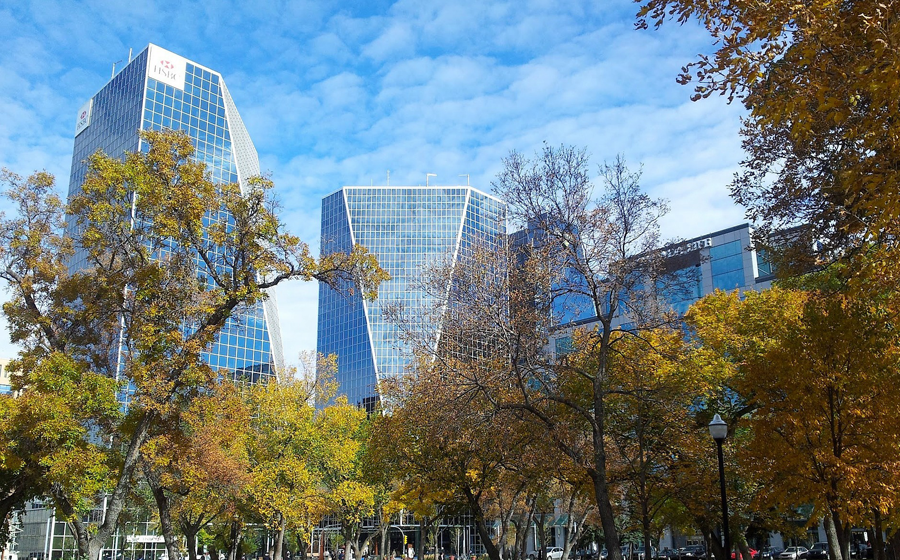 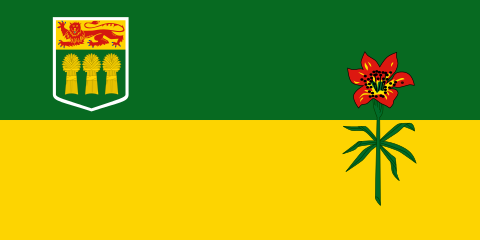 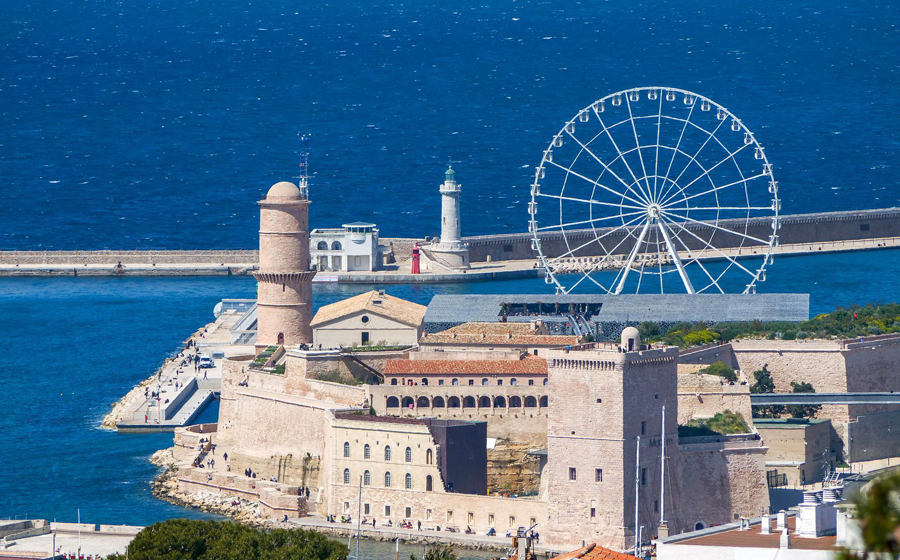 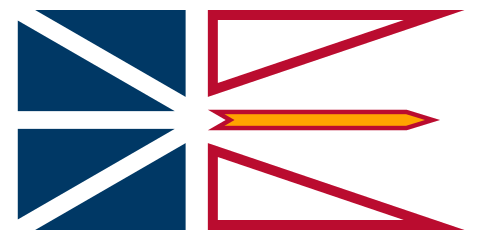 Canada is located in North America. It is the second largest country in the world and it covers most of the continent. It has the longest common land border between two countries in the world with the United States.

As a society that is open to the world and tolerant, Canada has been described as one of the least racist countries in the world. People from other countries have risen to the top in every sector of Canadian society, whether in business, politics or arts.
Its ethnic diversity is a source of pride. While the United States sees itself as a melting pot of world cultures, Canada sees itself as a mosaic. Rather than being forced to abandon the ways of their country of origin, immigrants are encouraged to bring with them the best of their cultural traditions and share it with their fellow citizens.

As a liberal democracy, Canada cares about the well-being of its citizens. As such, it takes great pride in its public health care system, known as Medicare, which provides basic health care to all Canadians.
Funded jointly by the federal and provincial governments, the plan is managed by each province to meet the needs of its own population. This is also why it differs from province to province.
In Quebec, for example, free medication is part of our provincial health insurance plan. As for British Columbia, it has integrated traditional Chinese medicine and other complementary disciplines into its plan to meet the needs of its large Asian population.
Newcomers holding a permanent resident visa are eligible for the plan.

Canada invests in the best for its citizens at every stage of life. There are no tuition fees for citizens and permanent residents from kindergarten to the end of high school. College studies are also free for Quebec residents.
Although Canadian universities charge tuition fees, the cost of a high-quality university education is considerably less in Canada than in the United States. Student loans and scholarships are available for those who need financial support.

The high standards of our universities are recognized worldwide. This is evidenced by the fact that students from all over the world, including the United States, choose to study in Canada.

A FAVOURABLE ATTITUDE TOWARDS THE COMPANY

Canada has a large, well-educated and skilled workforce and its government is supportive of enterprise. The country is rich in natural resources, has abundant energy sources and a state-of-the-art communications and transportation network. Immigrant entrepreneurs who want to put their skills and talents to work will quickly find a host of exciting opportunities.
It is easier to be innovative and entrepreneurial in Canada because the bureaucracy and regulations are less restrictive than elsewhere. According to a World Bank study, starting a business in Canada is easier than in any other G7 country because of more efficient administrative procedures.
In addition to the Immigrant Investor Program, our governments have enacted several laws to promote entrepreneurship and encourage foreign investment.

ONE OF THE WORLD'S BEST RATED ECONOMIES

As a member of the G7, Canada has a robust and highly diversified economy that makes it one of the wealthiest nations in the world. The second largest country in the world in terms of land area, the country has an abundance of natural resources. That's why primary industry plays such an important role in our economy.

A COUNTRY RICH IN NATURAL RESOURCES

In British Columbia, the forest industry is very important. In fact, Canada is the leading exporter of products such as wood, pulp and paper. In Alberta, the oil and gas industry has created such an economic boom that it attracts entrepreneurs from all over the world. Ontario's prosperity is mainly due to a strong mining industry, which exports a wide variety of chemicals and minerals.

Quebec is Canada's largest province. It is home to Hydro-Québec, the world's largest hydroelectric power company. Thanks to its vast reservoirs of clean, renewable energy, it powers the economy of this province and even regions outside Quebec.

Many of our manufacturing companies process the surrounding natural resources into finished and semi-finished products. These companies generate most of our exports and help stimulate our regional economies.
The manufacture of cars, trucks and vehicle parts as well as the production of aeronautical, railway and naval equipment occupies the largest part of our manufacturing industry. Trade in manufactured goods with other countries, especially the United States, is as successful as trade between Canadian provinces.

MULTIPLE OPPORTUNITIES FOR THE AGRICULTURAL SECTOR

A major producer and exporter of agricultural products, Canada also has a thriving food industry that generates billions of dollars in food products for both domestic and international markets.

As with most modern economies, the service sector is the largest in Canada. It generates at least two-thirds of our gross domestic product (GDP) and employs three-quarters of our workforce. Most service businesses are concentrated in or near cities. Economy thrives in the financial sector, the multi-billion dollar professional services sector and the information sector.

THE STRONGEST BANKING SYSTEM IN THE WORLD

The World Economic Forum has ranked Canada's banking system as the soundest in the world and Moody's Investor Service has ranked Canada as the world's leading country in terms of financial strength. With the strongest GDP growth in the G7, low inflation and a strong currency, Canada continues to be one of the fastest growing economies in the industrialized world. The country continues to be very attractive to immigrant investors and will likely become even more so in the future.
Government

CANADA IS ONE OF THE WORLD'S LEADING LIBERAL DEMOCRACIES.

Canadian society is modern, civilized and democratic. It is based on the British parliamentary model here every citizen 18 years of age or older has the right to vote and therefore has a say in how the country is governed. This model, which is the focus of the world's attention, is recognized for its commitment to bringing democracy and related values to other countries.

Canadian society is modern, civilized and democratic. It is based on the British parliamentary model here every citizen 18 years of age or older has the right to vote and therefore has a say in how the country is governed. This model, which is the focus of the world's attention, is recognized for its commitment to bringing democracy and related values to other countries.

THE CANADIAN CHARTER OF RIGHTS AND FREEDOMS

Every citizen and permanent resident enjoys rights and freedoms, including:

FREEDOM OF MOVEMENT AND ESTABLISHMENT

The right to establish residence and earn a living in any province.

VANCOUVER: GATEWAY TO THE PACIFIC BASIN

As the gateway to the Pacific Rim and the vast markets of Asia, Vancouver is one of the most beautiful cities in the world. It's home to the largest and most diverse ports and the terminus of our transcontinental highways and railroads, as Vancouver does business with over 90 countries. This city is the economic hub of British Columbia and one of the country's most important industrial centers, generating over half of the province's GDP. Thanks to its spectacular beauty, tourism has become a significant $15 billion industry, and its film industry has earned it the title of the Hollywood of the North.

Calgary is Alberta's largest city and the heart of the country's rapid economic growth.
This vital center for the energy industry is a very prosperous city with a strong entrepreneurial spirit. While the personal income of its residents is the highest in the country, taxes are the lowest. With its proximity to the vast playground of the Canadian Rockies, Calgary is a great place for businesses to make a fortune and for families to enjoy a great life.

Toronto is the country's largest city and a powerful engine of the Canadian economy. With over 100,000 businesses, the Greater Toronto Area is Canada's manufacturing and trade capital. Its remarkably diverse economy provides almost limitless business opportunities.
Located on the shores of Lake Ontario, the Greater Toronto Area covers approximately 7,000 square kilometers of farmland, forests and large protected areas. That's why it also has the lowest population density in the world. Year after year, Toronto ranks as an entrepreneurial and livable city*.

The Port of Montreal is the most direct intermodal link between the industrial heartland of North America and the markets of Northern Europe and the Mediterranean. The gateway par excellence to the industrial heartland of North America, Montreal is the largest city in Quebec and Quebec is the largest province in Canada.
Although internationally recognized as a French-speaking city, it is home to nearly 400,000 English speakers. It is strategically located a short distance from the North American border along the St. Lawrence River, and its remarkable economic recovery is due in large part to the emergence of a thriving knowledge-based economy. It is a cosmopolitan and vibrant city, renowned for its quality of life and spirit of adventure, as well as for the openness and joie de vivre of its residents.